Felt food has captured my attention lately. It started by seeing a few different felt play tents out in the blogosphere, but not being willing to commit to such a big project. A bit of googling for felt crafts later, I found so many cute felt food options out there that I just had to give it a go.

I ordered a pack of 32 colours of wool felt squares from an Australian eBay seller. So many colours, so many food options… So I decided to start with strawberries. I found this tutorial here, and here’s the end result: 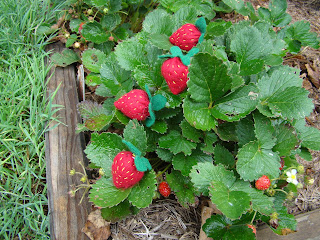 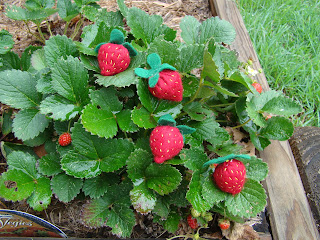 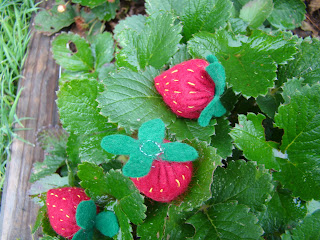 (Yes, I photographed them in an actual strawberry plant.)

I struggled a bit with the “freehand” cutting of the leaves, and so I cut wedges out of each side of a square of felt, and then rounded the corners to make the leaves, like this: 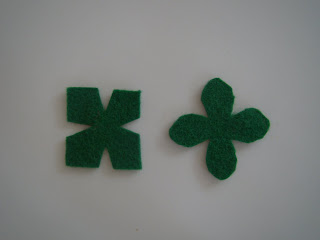 I also used white thread and stitched a circle, rather than a cross, in the centre of the leaves. That looked more like a real strawberry to me. I also used ordinary yellow thread to stitch the seeds, so they’re not quite as bold as the original tutorial. I decided to make do with what I had on hand, rather than make a special trip to a craft store.

The felt strawberries have been sitting in my fruit bowl for the last week or so. (I wanted to photograph them before letting my son start playing with them.) Several people who came over thought they were real from a distance, and everyone who has gone past them has picked them up. My Mother-in-Law asked where I bought them! I think that makes them a success! 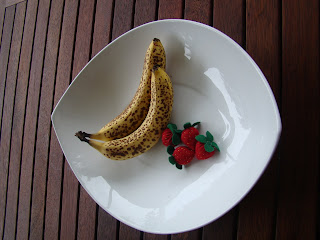 My next felt food project is corn on the cob. What felt food have you created? What do you think I should add to my list next? (I have a dream of doing a felt playhouse, but am starting small!)