Who can we find behind the doors and windows of this little red house? 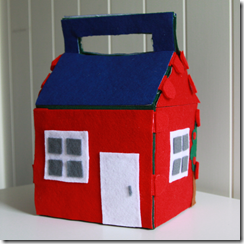 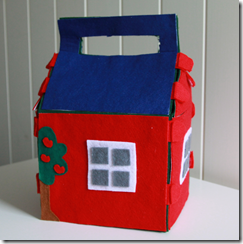 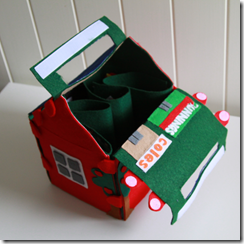 …and what do we see… 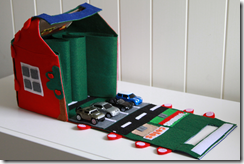 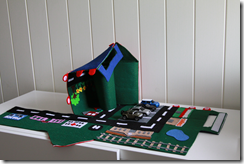 …and a whole little world awaits: 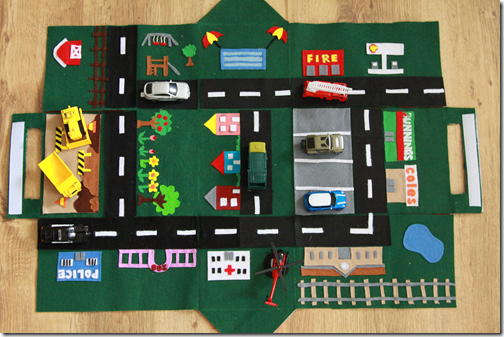 Complete with all our favourite places: 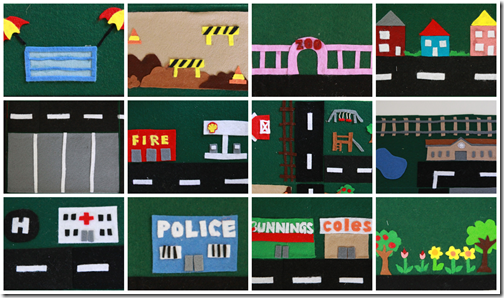 Swimming Pool, Construction site, Zoo, Houses (including ours – the maroon one!), Car park, Fire station, Petrol Station, Farm, Playground, Train Station, Hospital (with Helipad), Police station, Shops (Grocery and Hardware for the non-Aussies!), Garden – it’s all there. And of course, there are plenty of roads for the cars to drive around on.

And when it’s time to hit the road, let’s fold it back up and take our little house world and cars with us: 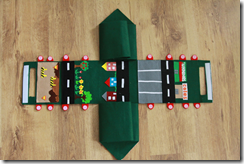 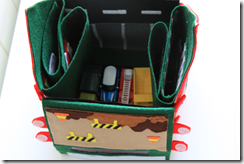 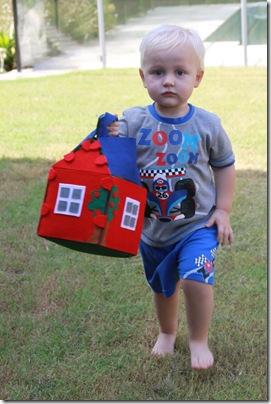 Yes, I’ve joined the world of the car play mat, but I had to add my own touch, with it folding up into a house to carry around. And the little man loves it: when I was making it, he kept grabbing it and saying “want it” in his cutest 2 year old voice. 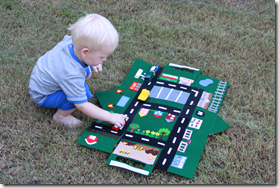 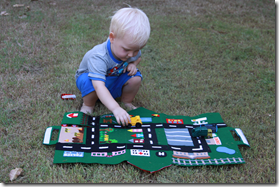 It’s a handy take-anywhere bag with plenty of space to carry cars and other toys. As an added bonus, the play mat is big enough to hold all my son’s cars, making a cute storage box in the playroom!

This play mat was inspired by the one at A Girl and a Glue Gun, the playhouse at Homemade By Jill and take-along toy barn at Serving Pink Lemonade.

I cut everything out my hand – no fancy cutting machine here (although if anyone wants to send me one, my contact details are here). It took forever and was a labour of love, but well worth it to see my son playing with it! 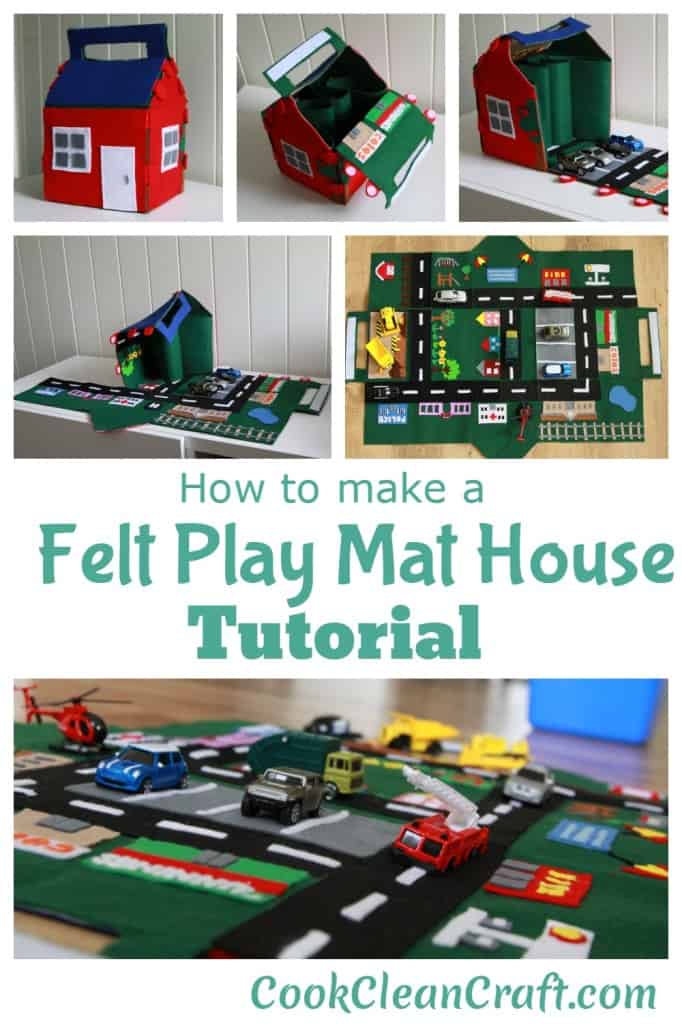