This week’s theme for Project Run and Play is Stripes and Polka Dots. This was the perfect excuse to try creating my own stripes, using the slashing or blooming technique: 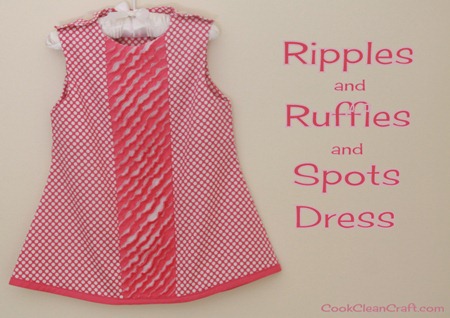 The stripes are made up of layers of fabric sewn together every 1/2 inch, and all but the bottom layer is slashed (cut open). After a run through the washing machine, the fabric blooms, creating ripples and texture. It’s sometimes called faux chenille as well. I’ll give a more detailed tutorial soon. 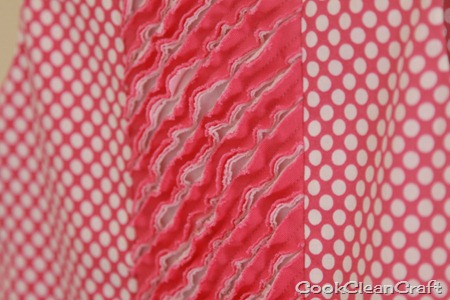 After making my striped fabric, I then had the tough decision of what to do with it. I was originally thinking a skirt, but was worried that the slashed fabric would be too bulky at the waist. I wanted to make something that Celeste could wear in winter too, so I opted for an A-line pinafore (jumper). It works well as a dress in our incredibly hot summer too! 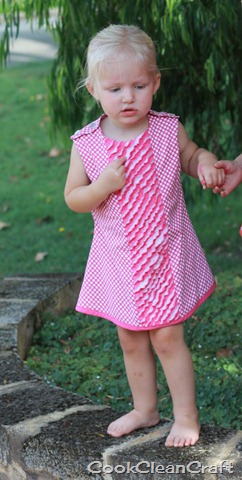 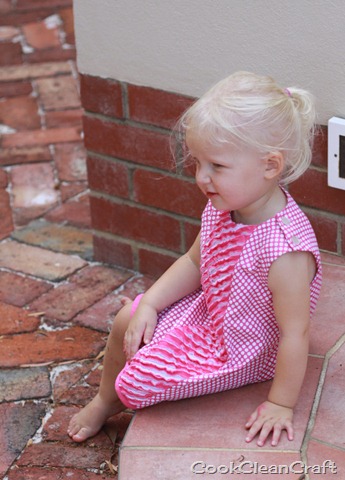 I self-drafted the pattern, including buttons at the shoulder (Celeste still naps, so I don’t like having zips or buttons down the back) and the bodice is lined. I used bias tape on the hem to avoid bulkiness. 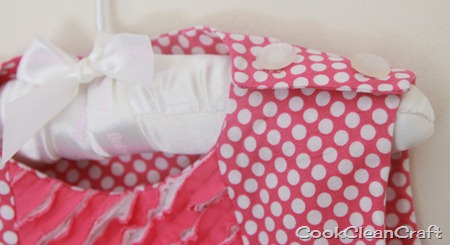 The “photo-shoot” was your standard disaster when trying to photograph a 2 year old. You might notice an extra hand in the first photo of Celeste. For some reason, she was scared of standing on the retaining wall, which she usually balances on fine. So big brother had to hold her hand, which resulted in a lot of photos like this: 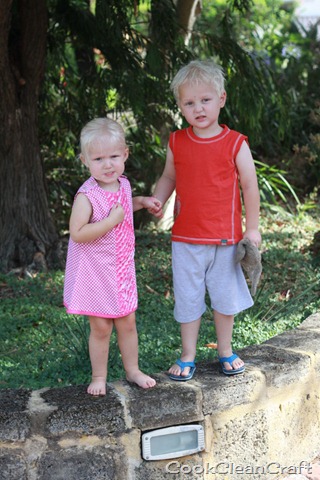 Then she decided she needed to crawl like a baby: 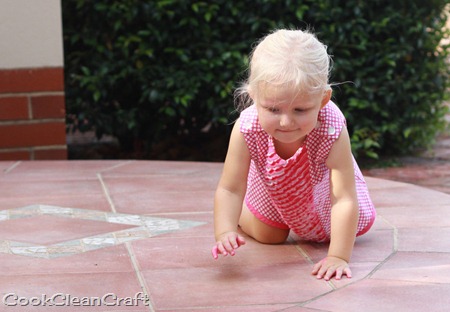 And finally we got the pouting toddler face: 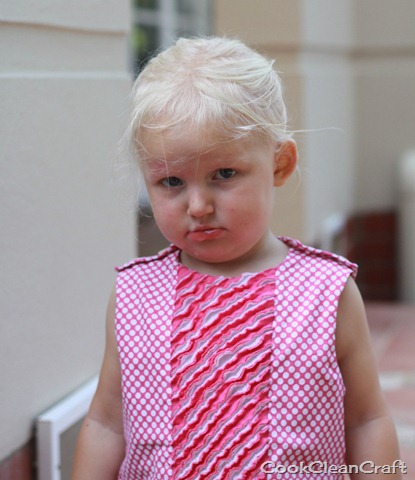 I gave up and went inside. I tried sneaking a few shots while she was dancing. I really wish I got this one in focus: 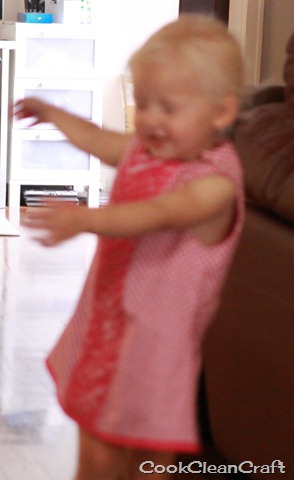 Oh well, I hope you still get the idea of the dress. I’ll post more photos when it’s been washed a few more times – hopefully the stripes will become a lot more rippled and soft and the lighter pink shades will show through more.

I’m thinking about creating a pattern for this dress (and have a few other options for it dancing around in my head!). What size range would you like to see it in?