After making a Choo-Choo Train Cake, Teddy Bear Cake and Smiley Face cake, the pressure was on to keep up the standard in birthday cakes. (Why did I do this to myself?)

Months before his birthday, Jacob fixated on the Number 4 road cake Australian Women’s Weekly Kids’ Party Cakes cookbook (not surprising with his cars obsession!). He remembered this cake in graphic detail and wanted it exactly like the book. I tried my best: 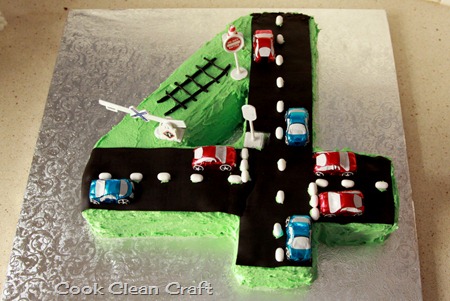 We were visiting my family interstate for his birthday, so to make things easier, I used a packet cake mix (just used one packet – the book said use two but we were only feeding a small family gathering). The cake was baked in a rectangular lamington pan and divided into three long, skinny rectangles. These were trimmed to make the number 4.

I smothered it in a batch of green buttercream (green is Jacob’s favourite colour and I liked that it looked like the roads were surrounded by grass). The book said to tint white ready-roll icing with black food colouring, but I found black buttercream fondant at a local kitchen supplies store – win!. 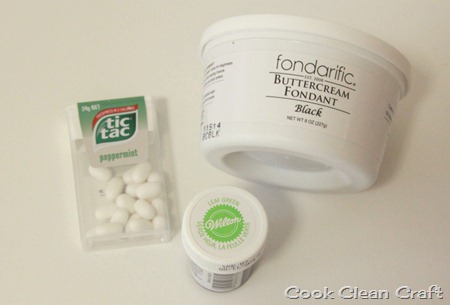 I bought the chocolate cars when I saw them at the supermarket before Christmas! Tic-tacs were used for lane markings. I set aside some signs and cones from Jacob’s toy collection before we headed on holidays, but somehow forgot to put them in the suitcase. We ended up buying more (just what I need – more toys to step on!) – at least this set included a boom-gate, which he loved! 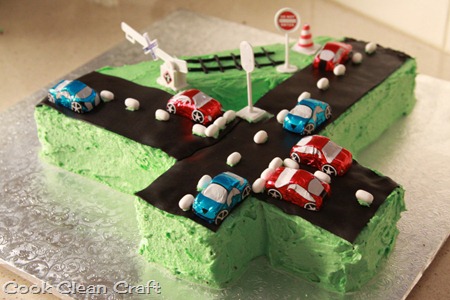 I rolled the black fondant too thin, and on a hot day, it stretched as I transferred the strips to the cake, so the roads weren’t perfect (but still perfectly good for a 4yo’s cake). 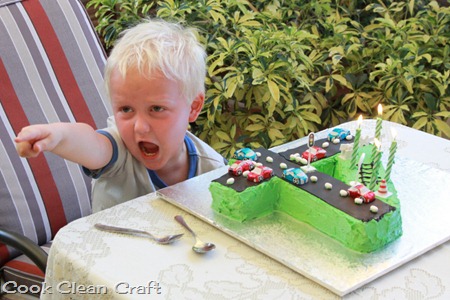 The birthday boy loved his cake (but hated everyone singing Happy Birthday to him, hence the very angry look – he was yelling at us to shut up!). 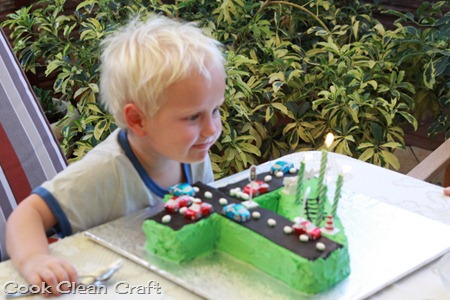 So we had another happy birthday boy. I hope the cake’s don’t get any more complicated than this!

What was the last birthday cake you made?