Jacob turned 5 a couple of weeks ago, and it was time for his first big birthday party, with friends from kindy. Jacob isn’t the type of kid to have big obsessions, so it was difficult to work out what theme to have for his party. I started by getting out the wonderful Kids Party Cakes book from Australian Women’s Weekly (yes, I do use this for every cake!), and let Jacob pick something out.

He loved the volcano on the Treasure Island cake, and so the theme of the party was set (even though he’s not really into pirates etc). 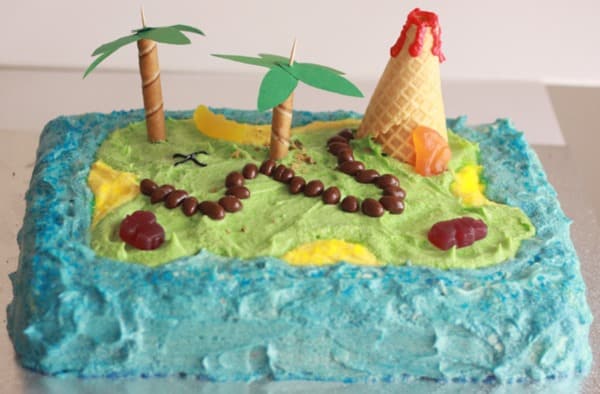 It’s a fun cake with chocolate coated peanuts (no allergies here – you could use sultanas) for the rocks on the trail and a waffle cone for the volcano. If you peek inside the volcano, you can see it was filled with mini M&Ms. There were also a couple of treasures buried in the cake of mini M&Ms. 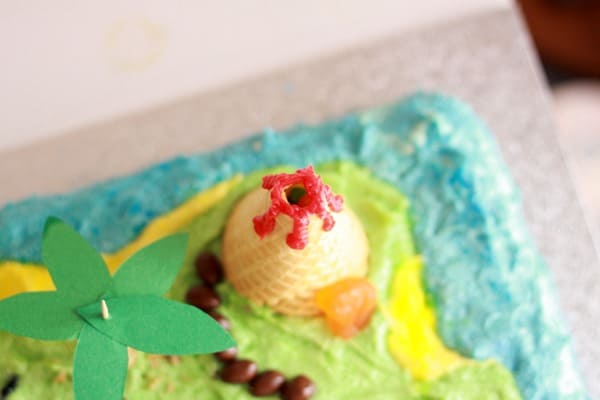 The trees were made from chocolate wafer fingers, green craft paper and a toothpick. 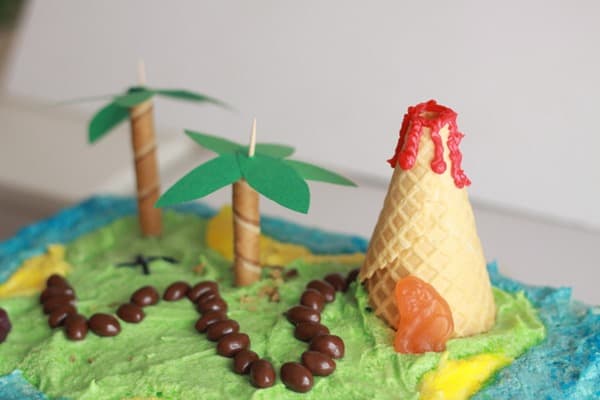 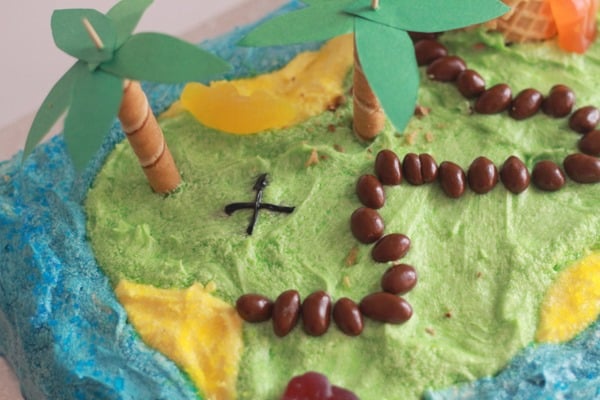 I had these grand ideas for an elaborate party, with homemade food and fun games. Hot weather and school holidays sapped the energy out of me and I ended up doing as little as I could (and most the day before and on the day of the party!).

I used my pizza scrolls recipe but made a much longer thinner rectangle when I rolled out the dough to make mini-scrolls: 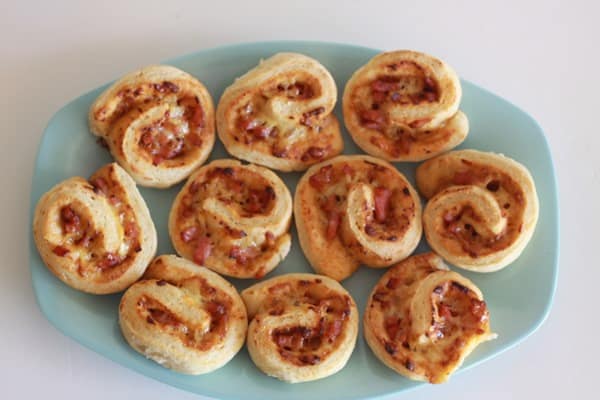 Spring rolls, sausages rolls, chips and Cheezels (all store-bought) made up the rest of the savoury food. Cupcakes, frog in the pond and lollies rounded out the sweet food. 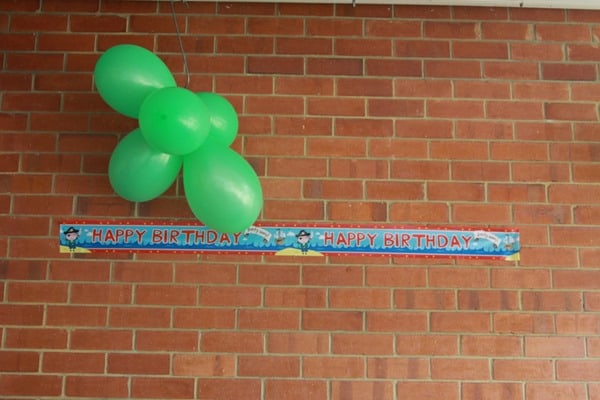 My cardboard stash was raided to make a pirate ship (or something that vaguely resembles a ship). I made it about two hours before the party was due to start – no time to take photos for a tutorial, or think too much about what I was doing! 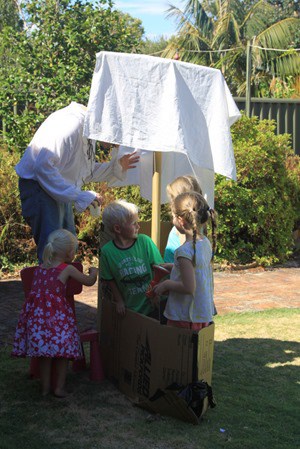 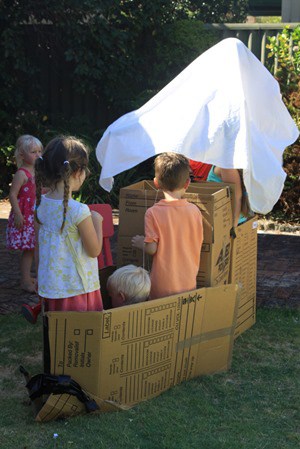 As guests were arriving, we put the finishing touches on a treasure hunt game. We hid a box of lollies and toy gold coins, and used a drawing of the backyard (from when the swimming pool went in) to make a map. We actually copied 5 maps, each with different “X marks the spot”, and lead the kids around the backyard before they found the treasure. The kids roamed around the backyard as a pack, following the trail. It was really cute to see. 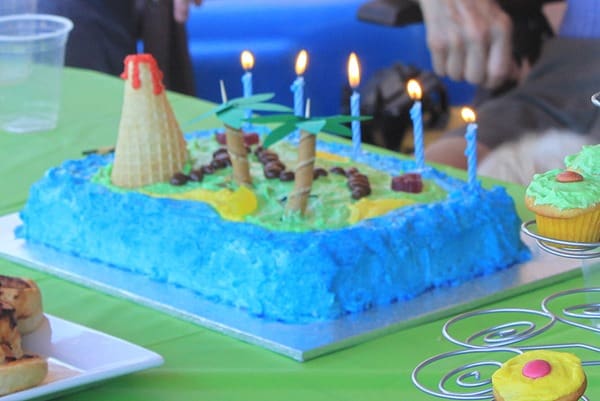 Since it was a hot day, we finished the party with a water balloon fight, which ended up with all the kids pelting my poor brother-in-law. Luckily, he didn’t seem to mind!

Jacob had a ball and I was glad that I didn’t stress myself out too much. I’m sure the parties will get fancier as he gets older…

What was the theme of your kid’s last birthday party?