Paper planes are something I’ve secretly always loved. I’ve made many a standard dart to shoot across a room, having competitions with my brother to see which one would fly further. 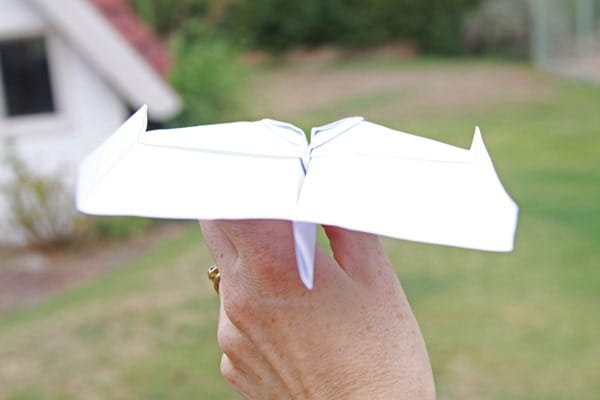 During student elections at uni, one party included paper plane templates on their information they handed out in lectures. That particular lecture was bedlam with paper planes constantly flying through the hall (yes, you’d think by uni we’d be more mature, but somehow things still get out of control!).

I’m also the winner of a paper plane throwing competition! OK, it’s sounds better than it actually is. A personal training group I used to work out with had a mini-Olympics event to finish the year, and paper plane throwing was one of the events. It felt good to beat the blokes in the group (and put my engineering skills to the test). 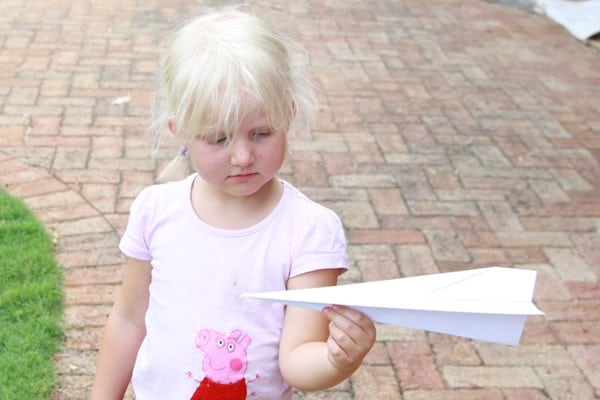 I searched the internet for a range of paper plane folding ideas, and this is what we came up with: 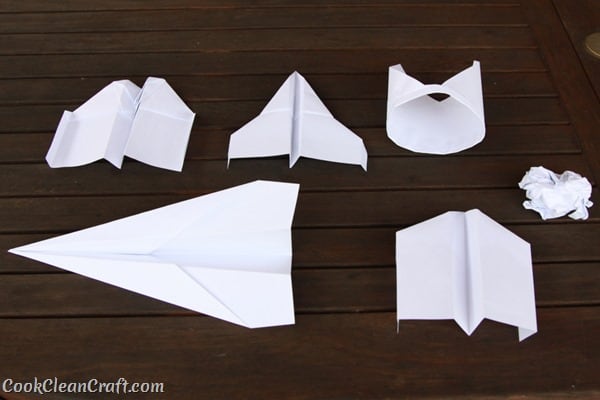 Clockwise from bottom left: the Classic Dart, the Bucket Plane, the Fast Flier, the Defier and the Ken Dwyer. For comparison, we added a screwed up ball of paper to the collection. Since my kids are 6 and 4, I made the paper planes (sometimes I just can’t get past my perfectionist tendencies!), and we headed to the back yard. 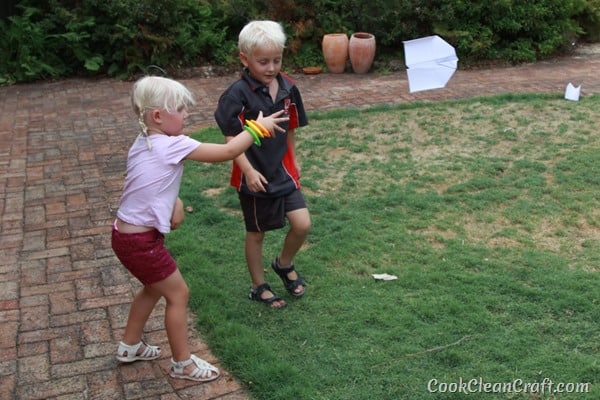 First we had a competition to see which one would fly the furthest (which surprisingly was the dart!). Then it was just a free-for-all. My kids loved giving it a go, although there were some fights over the bucket plane because they both thought it flew best. 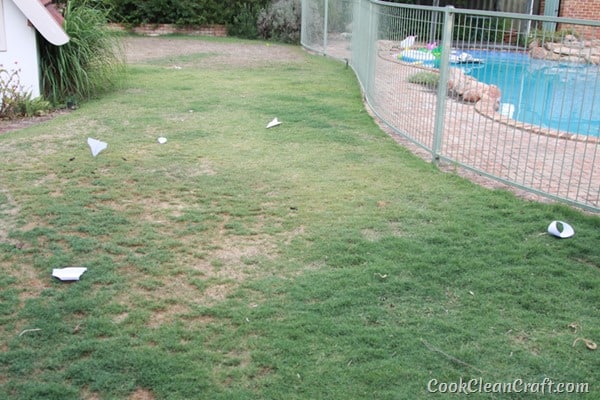 My son then came up with a few extra paper plane games: 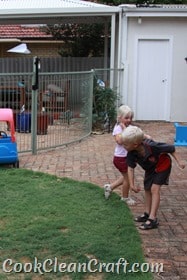 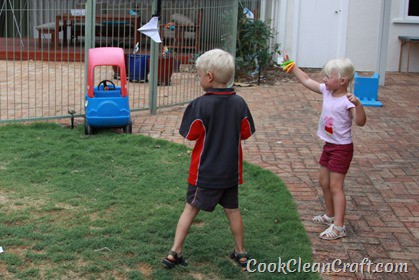 It was all good fun until Mummy sent a plane over the patio roof and into the neighbour’s backyard. There were tears and we couldn’t just remake that plane. We had to go meet the new neighbours to recover the plane. Who knew paper planes were good for neighbourly relations too? 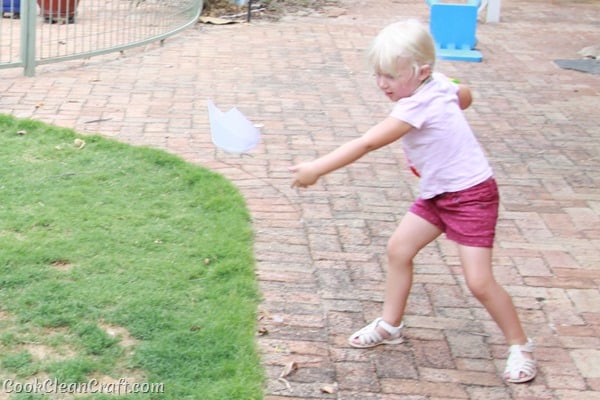 A few minutes later, the same plane ended in the swimming pool and the fun had worn off. It was still a great afternoon spent with the kids! 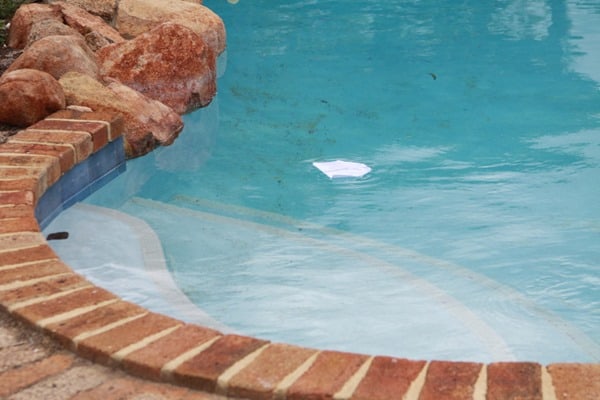 For more inspiration, check out the official trailer for the movie Paper Planes.

Do you have a funny or inspiring memory of paper plane making? Let me know in the comments for your chance to win one of three Paper Planes prize packs. 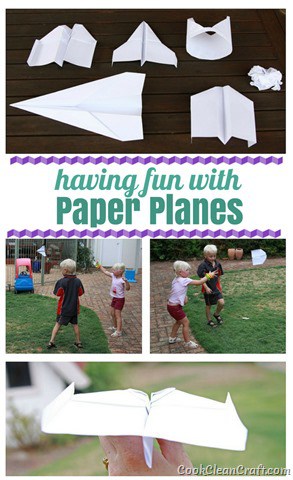 Disclosure: I received a Paper Planes pack, and the three prize packs to giveaway. All opinions are my own (and I do love paper planes!).