I love sewing tutus. The previous tutus I’ve sewn have used organza, and I was curious how the tutus would go when made with rolls of tulle (usually about 6 inches wide), that’s popular with the no sew tutus. 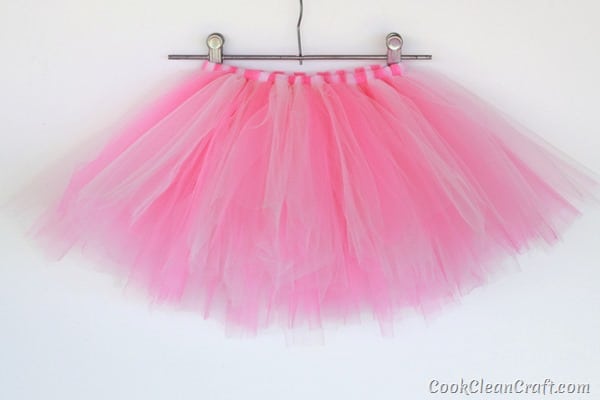 And the verdict is, you can make a very cute, fluffy tulle tutu in under an hour. 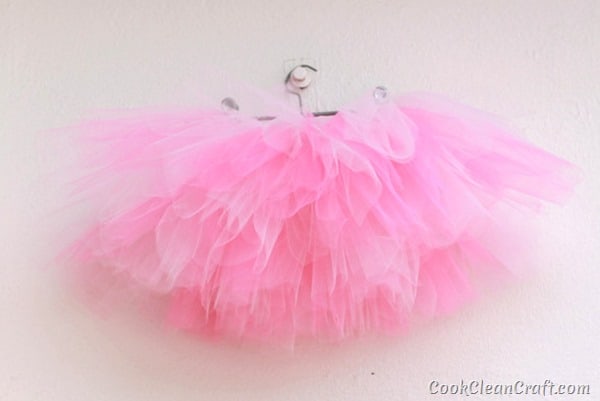 I made this one as a baby shower gift for a friend (along with a flat teddy). My idea was to make a long-ish baby tutu that would look cute in baby photos, but she’d also be able to wear when she’s a toddler. 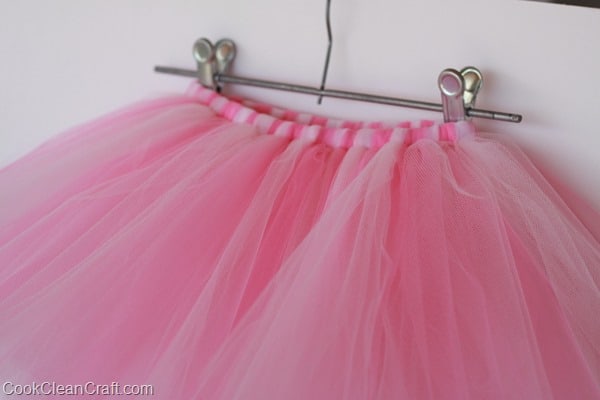 For a bit of extra fun, I used two different shades of pink for the tutu. I love the candy stripe look on the waist-band! 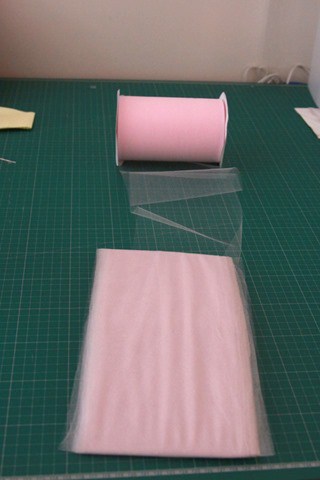 I let the tulle roll and bounce off the wall behind my craft table. Then I cut one end of the tulle. 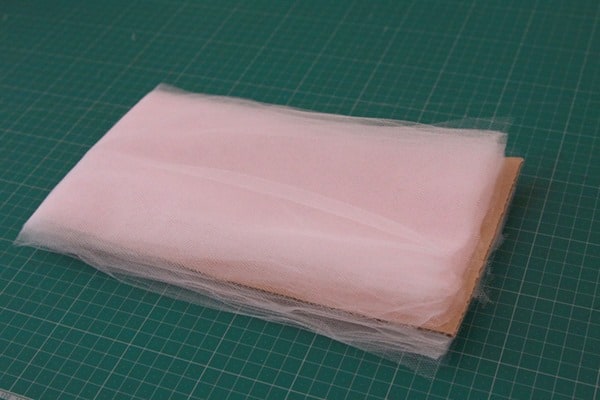 And repeated for the next shade of pink. Just like in my previous tutu tutorial, I tied a knot in one end of a piece of elastic, folded the tulle over the elastic, and sewed it in place, just below the edge of the elastic. 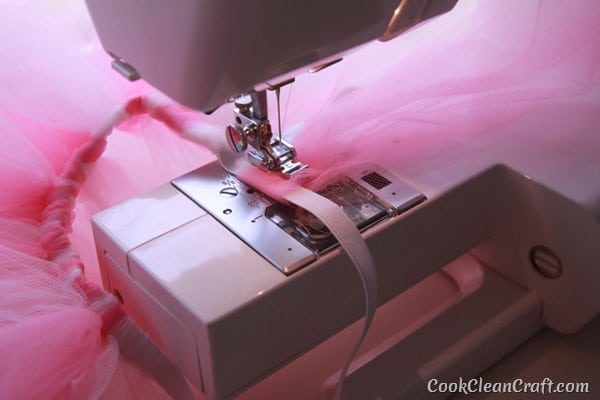 This time around, I used two layers of tulle each time, and bunched up the tulle as I sewed. That made getting the fullness much quicker. I alternated between strips of the two colours, and kept loading up the elastic with as much tulle as would fit, pushing the elastic through to bunch up the tulle. I have no idea how much tulle I used! 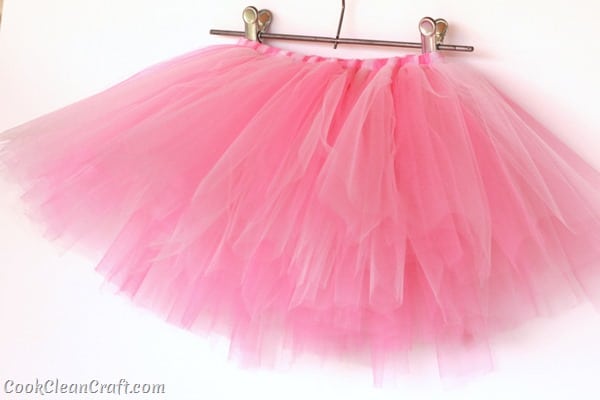 Eventually, I ended up with a cute fluffy, flouncy tutu that any little girl would love! 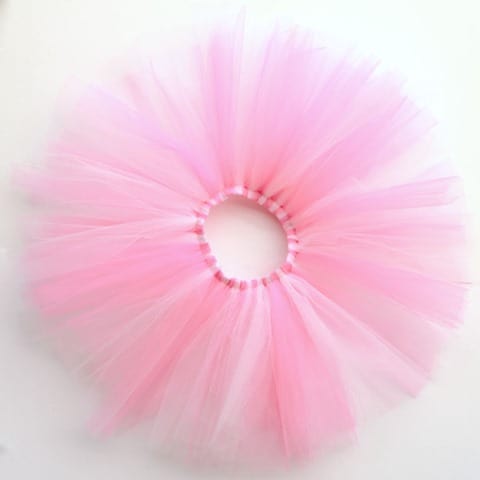 For more tips and tricks on sewing a tutu, check out this tutorial. 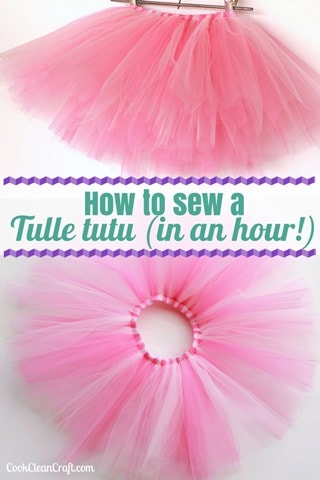