When I became a parent, I became a lazy cook. I used to love experimenting with new recipes and spending ages in the kitchen chopping and preparing ingredients, adjusting seasonings, and balancing flavours.

But then kids came along, and I barely had the energy to cook at all. Cooking dinner was a necessity, rather than an experience. And that time of night is when things start to go pear-shaped. The kids are tired, hungry and cranky, and Mum struggles to hold it all together.

But I want to cook healthy, tasty meals for my family. It’s important to me to model these skills to my family. So I look for shortcuts, to make cooking easier.

Enter the DéLonghi MultiCuisine (which I was lucky enough to review): 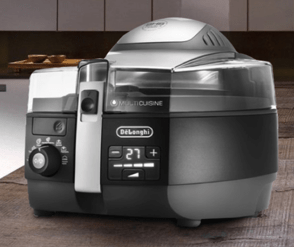 The MultiCuisine combines a low-oil fryer and a multicooker, making it faster than an oven and healthier than a deep fryer. So of course, the first thing I cooked was chips. 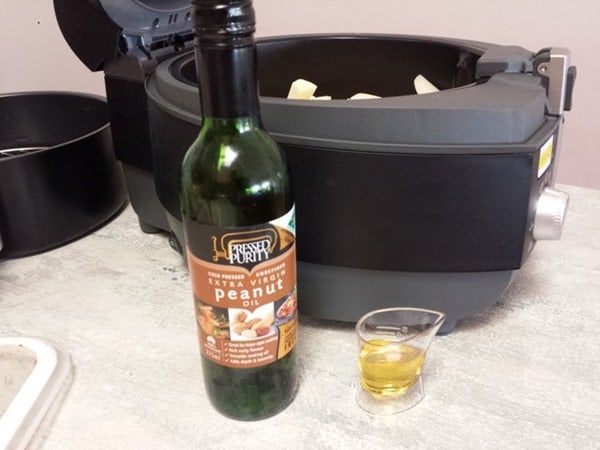 I peeled and chopped the potatoes (frozen chips can be used too, if you’re really short on time), and threw them in with a small amount of oil (in that teeny-tiny measuring jug!), and away we went. The mixing paddle gently stirred the chips while cooking, no turning required (giving you much more time to tell the kids to stop fighting!). 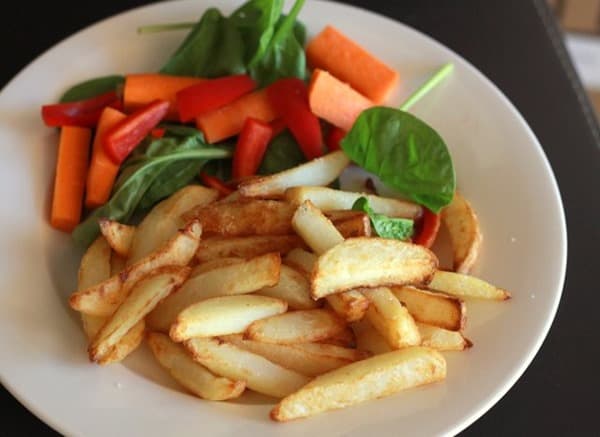 The chips were golden on the outside and soft and fluffy in the middle. Delicious! 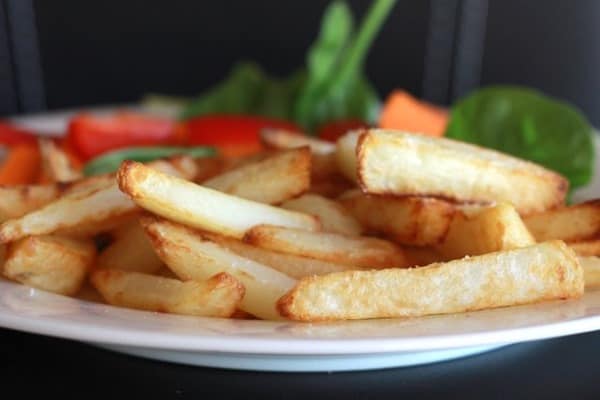 Next up, after I put the kids to bed on Monday night, I realised I hadn’t made cupcakes to take to school for my daughter’s birthday (OK, her birthday was in the last school holidays, so I left it to the last week of school to make them!). It’s summer – the house is hot already and I really don’t want to put the oven on. Let’s cook them in the MultiCuisine (no oven pre-heating required!): 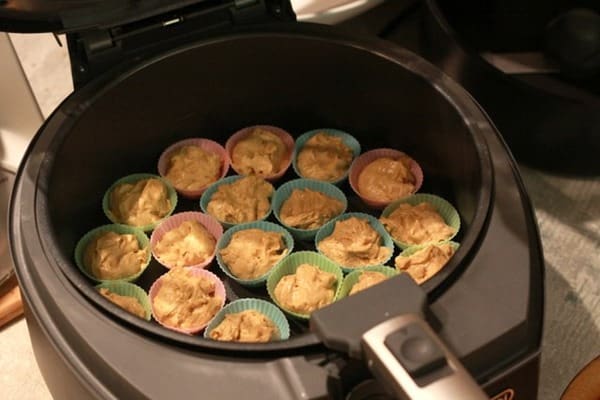 I used the bowl without a paddle, putting the cake batter into silicone cupcake thingies. It was late, so I crammed 22 mini-cupcakes into the MultiCuisine (yes, I overloaded it, but work with me here!). 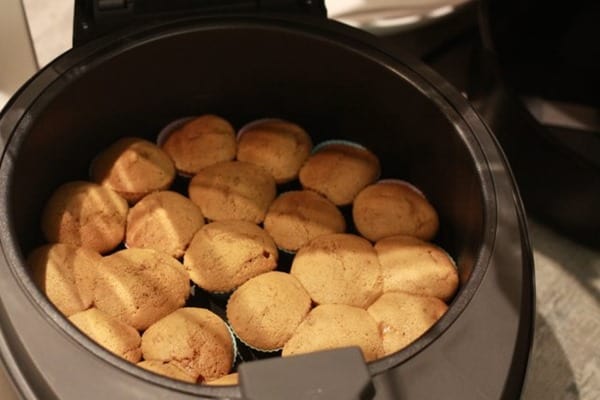 The cupcakes came out evenly browned with a lovely dome. Much better than some of my attempts in my oven! As I had a few too many in the pan, they did end up cooking into each other (totally my fault, and not the MultiCuisine!). Fortunately, icing and edible glitter could hide it! 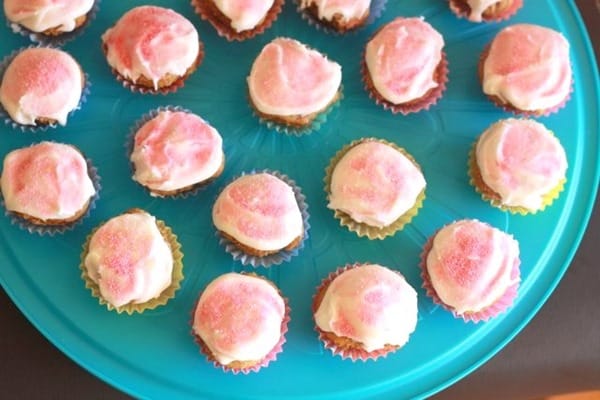 Dinner time is really where I need the most help, so next I tried the fish and chips. I used a polenta crust, but otherwise followed the recipe that came with the cooker. 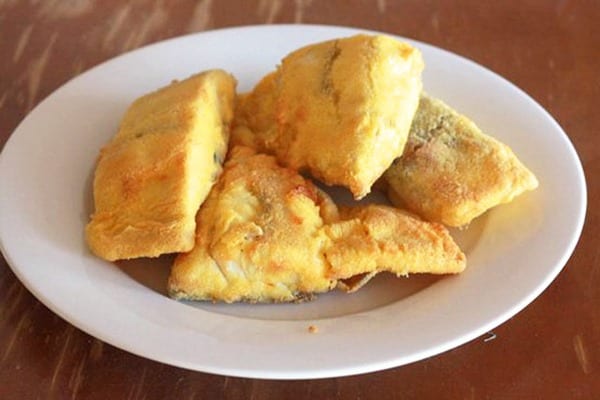 The fish turned out beautiful and golden, without me having to stand over a pan watching it. After cooking the fish, I cooked chips in the MultiCuisine, before a final reheat of the fish. I had plenty of time to whip up a salad while it was cooking, for a delicious healthy dinner. 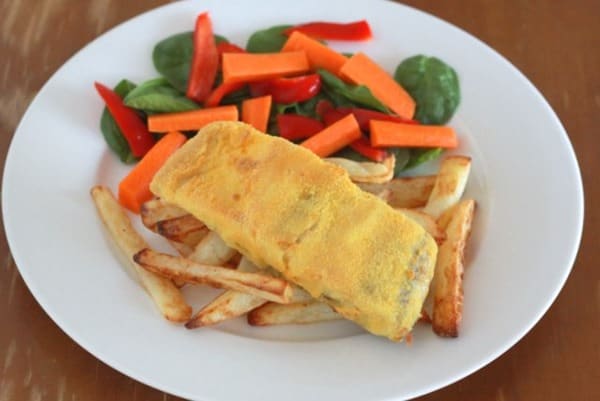 And since I’m an engineer, I have to understand the technology! The DéLonghi MultiCuisine uses Surround Heating System Double (SHS Double) – two independent heating elements (at the top and bottom) plus a fan. Different elements are used for the different 5 pre-set programs (potatoes, pizza, cake, strew, grill) and 3 special programs (pan function, air grill function, oven function).  This results in fantastic cooking performance, rapid cooking time and the ability to cook a variety of recipes easily.

And since I hate cleaning up, the lid, paddle and bowl can be easily removed and washed in the dishwasher. Saves cleaning time as well as cooking time!

I’ve looked through the 350+ recipes available online (or via the apps on iTunes and Google Play Store), and have risotto, soup and chicken dishes on the menu plan. The DéLonghi MultiCuisine is going to get a lot of use in my house! 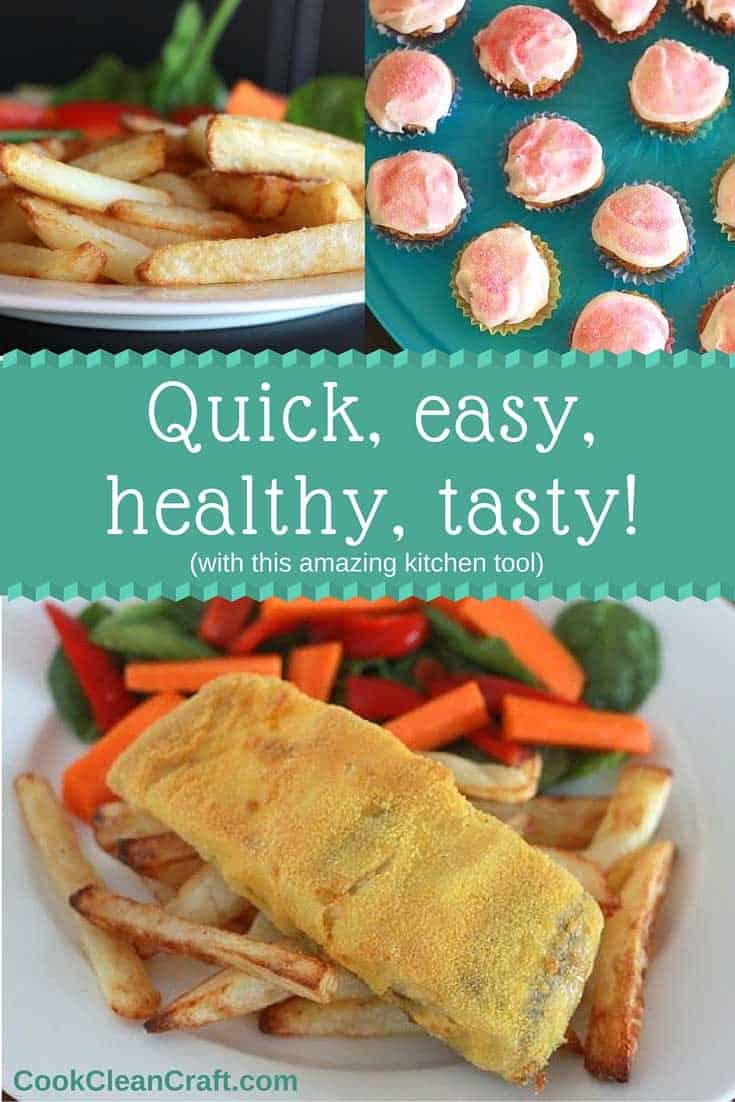 Disclosure: This post was sponsored by DéLonghi and I received a MultiCuisine for review purposes. All thoughts and opinions are my own.