Toilet training has provided plenty of parenting challenges in this house (and I’m definitely not qualified to give advice!), but things are progressing well and both kids do their business in the toilet/potty during the day. But every time I walk past their toilet, the hand towel is never on the holder. On the floor, on the toilet, on the potty (eew!) – I wonder if it’s worth washing your hands if you’re just going to use that towel to dry them! 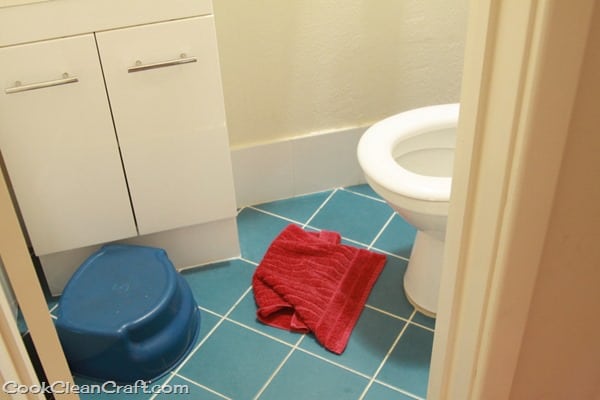 Nagging and hassling the kids doesn’t seem to work. Once the towel comes off the rail, it’s going to get dumped on the floor. It just seems too tricky for my 3 year old and 4 year old to put it back where it belongs (although each kid swears it was on the rail when they left – maybe it’s the cheeky toilet elves?)

Something had to be done to keep the towel on the rack in the first place. If it doesn’t come off when they wipe their hands, there’s no excuse for it being left on the floor. I’ve seen versions with Velcro or snaps, but I wasn’t sure it would withstand an energetic 4 year old boy!

Since it’s a rail rather than a hoop, luck was on my side, and 5 minutes and one row of stitching solved the problem: 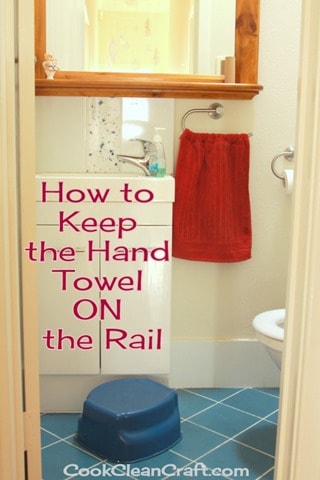 So here’s the detailed tutorial:

1. Fold over the end of the towel about an inch (depending on the thickness of the rail). If you’re lucky, your towel will have lines so you don’t have to measure and check! 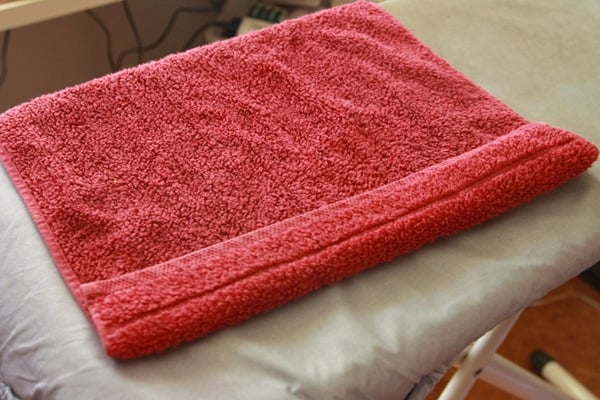 2. Sew the folded bit down. 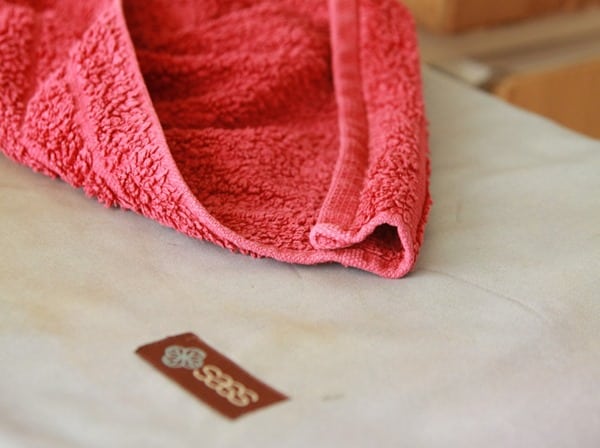 3. Slide it over the towel rack. 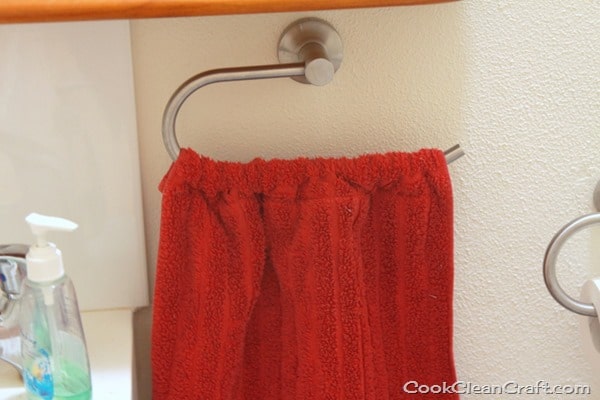 The first time I put it on, one of the cheeky monkeys slid it off and threw it on the floor. BUT it’s stayed on since then. And as it hangs down a bit lower, it’s easier for the kids to reach.

Maybe I should have gathered it a bit because more often than not, it ends up like this: 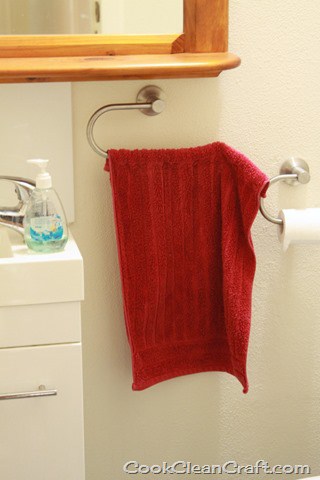 But that is still so much better than on the floor (or worse!). I no longer dread having guests use that toilet!

What have you done lately to thwart your kids’ messiness?