It’s more than a month since my daughter’s birthday and I still haven’t shared with you all the presents I made. Next up was an addition to the dress-ups/pretend play box: 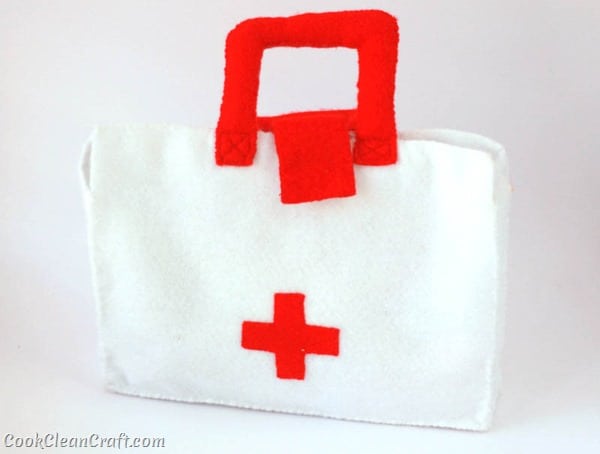 A felt doctor’s bag. And here’s what’s inside: 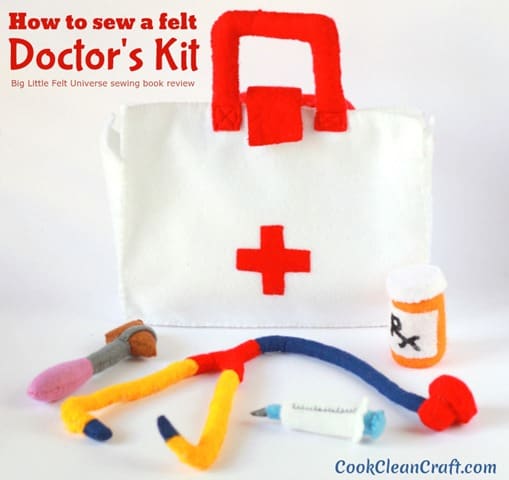 There was also a light reflector for the doctor’s head, but I have no idea what the kids have done with it!

Confession: I started this project about 3 years ago (right after I made this felt cake), and for some reason, it got put in the UFO (Unfinished Object) pile and ignored. I was up to hand-sewing Velcro, and that’s a pain, so I gave up! I thought I’d better finish it for her birthday or she’ll be grown out of it before it’s made! 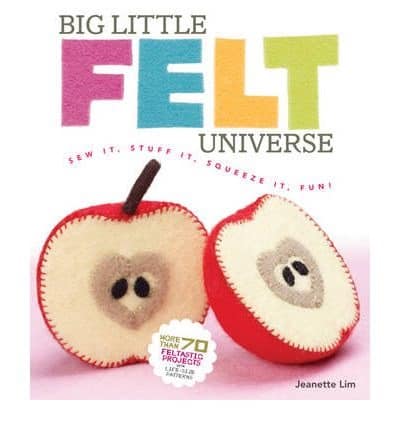 The pattern is from the book Big Little Felt Universe by Jeanette Lim. This is such a cute book and I still want to make everything in it (even though I’m not the biggest fan of hand-sewing). There are detailed step-by-step photos of the projects and full-sized pattern pieces. The book’s been around a few years now, but felt toys never go out of style. The details in the book are amazing. There’s the markings on the syringe: 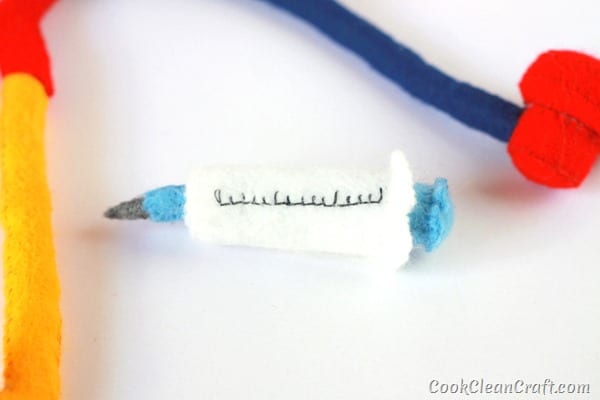 The logo on the pill bottle: 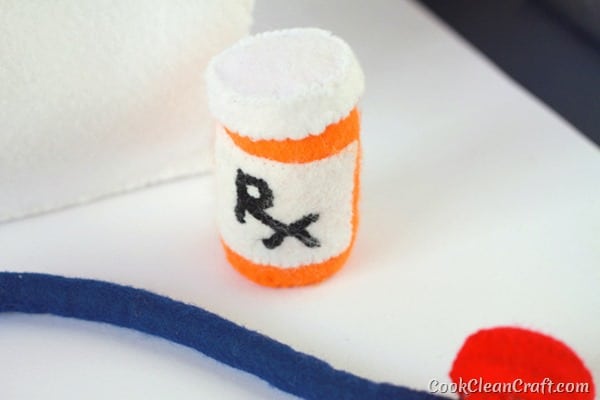 And the cuteness of the stethoscope: 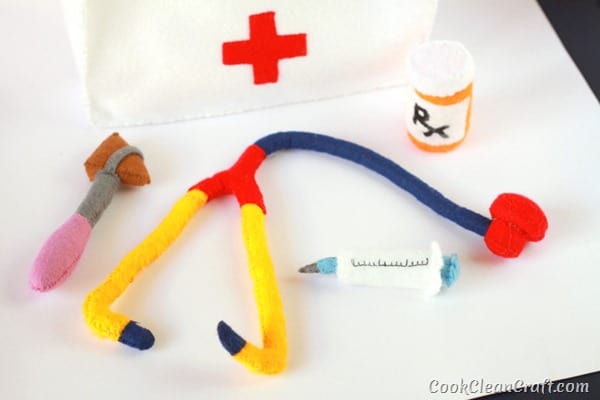 Although I’m not sure it’s wise to encourage kids to use a reflex hammer! 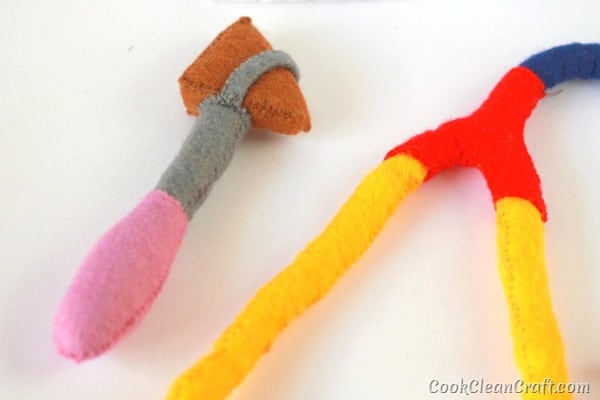 All up, it’s a very cute felt toy set that’s fun to sew (except for hand-sewing Velcro – I tried to do it with my sewing machine, but it didn’t like my wool felt).

There was one thing missing from the doctor’s kit that I had to make my own version of. Come back in a few days to see what it is and for a new felt tutorial!

What felt toys have you sewn lately?

Big Little Felt Universe is available to buy from Amazon and Book Depository.