When I was pregnant with my son, I searched high and low for nursery art that wasn’t too expensive. To add to the challenge, I didn’t find out the sex of the baby, so I wanted something gender neutral. The only stuff I could find was $50+ for a single picture, and generally fell into the categories of fairies and flowers, or cars, trucks and trains. (Note: OK, I’ll admit it, somehow I didn’t find Etsy or Madeit.)

I’m not an artistic person. I really can’t draw and the thought of painting filled me with fear. So how could I make some Nursery Art for the baby within. FELT was the answer.

I bought 4 square artists’ canvases, and painted two green and two yellow. They were meant to be a bit more pastel than they turned out, but I actually like that they’re a bit more bold. I then looked through colouring-in books to find some pictures (since drawing isn’t my strong point). I decided on a Chick, an Elephant, a Frog and a Pig. Yes, a strange combination, no obvious theme – it was just nice, simple animal pictures that I found. I cut out a pattern from the colouring-in books, cut out the felt, got some googly eyes and glue, and voila: 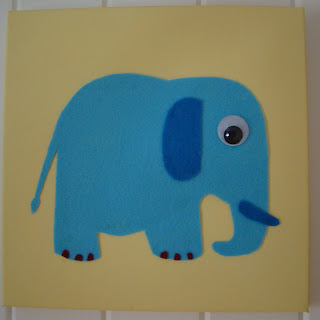 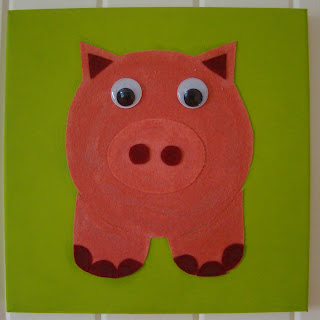 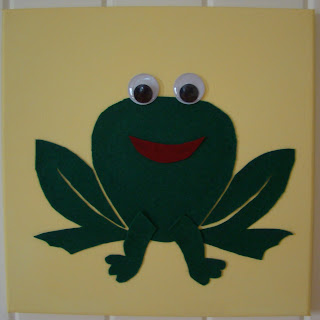 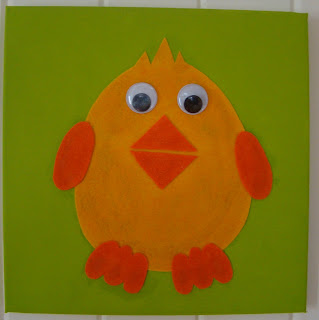 I used a little too much glue for the pig and chick, and ended up painting them with glue to hide the hard patches (please learn from my mistakes!), so those one’s aren’t soft and felty. My husband lets my son touch them and he likes the different textures and scratchiness of the hard ones, so maybe it was deliberate. 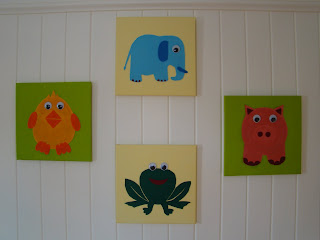 When my son was a newborn, he used to stare at them while we rocked him to sleep. With Number 2 on the way, I think these will move into the new baby’s room, and I’ll make something new for my son’s room, when I decide what quilt cover and sheets he’ll have when he moves to a big boy bed. But, that’s another project!