So after my husband set fire to my first woeful attempt at making pot-holders, I crazily signed up for a pot holder swap at Essential Baby (an Aussie parenting forum). I’m shy about my crafting at the best of times. Now the pressure was on not to embarrass myself in front of complete strangers.

First up, fabric selection. I had a fat quarter pack of purple floral print that I’d bought at my local fabric chain. It was in plain packaging so I have no idea what it was. As I was sorting through my stash, this crazy green and purple fabric toned in nicely: 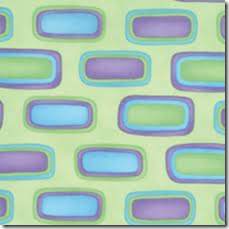 To be honest, I bought it on-line and it was a lot brighter than I expected, and I had no idea what I was going to do with it. I loved the crazy modern design with the old-fashioned flower print.

I bookmarked this tutorial on making an inset heart at Pickup Some Creativity, so I thought I’d give it a go. (Yep, there’s my usual insanity – let’s try something completely new!) . The tutorial was fantastic – I loved how the hearts turned out. So I made two! 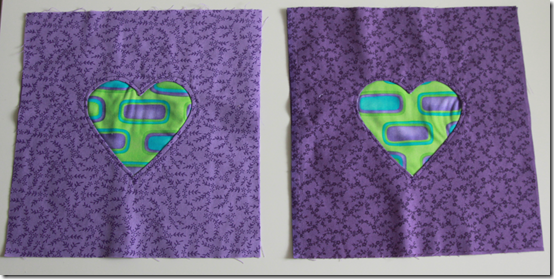 I didn’t feel like making 5 all the same (I’d mastered that technique and my insanity kicked in again). I cut strips from a few of the different purple fabrics, and sewed them together randomly (in the centre below). I then trimmed to a good size for the pot-holders and then sewed the scraps from that to some more strips to create another two random patterns. I’m sure quilters would have fancy names for the designs, but it was just random strips to me!

I cut single pieces of fabric for the backings, trying to select the same prints that were used on the front (but I didn’t really have a plan when I started, so it was more randomness!).

The fabrics were sandwiched with a layer of Insul-brite and a layer of old towel (had to be a little thrifty!), and it was time to quilt. I’ve never quilted anything before (and I don’t have a walking foot), so I decide the best place to start is to quilt around the heart shapes, not quite free-motion as I’m too scared to drop the feed dogs! 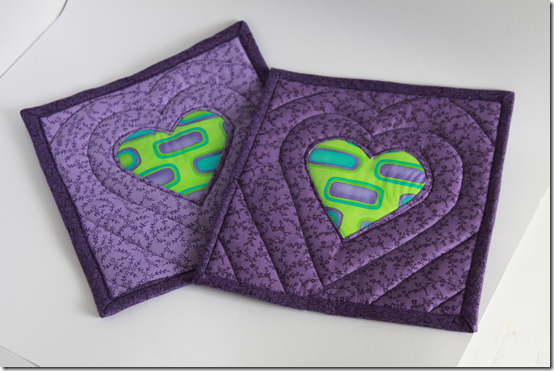 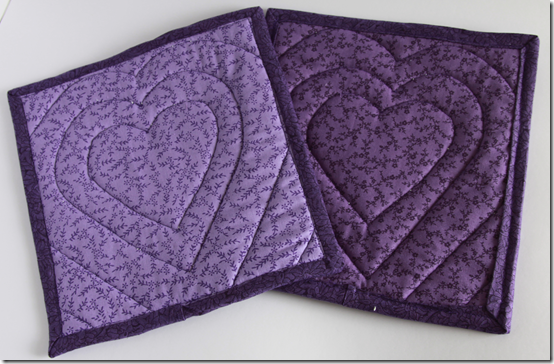 Not a bad first attempt! Now let’s just stitch in the ditch for the stripy ones (finding out later that it’s easier and looks better stitching 1/4” away from the ditch – oops!). 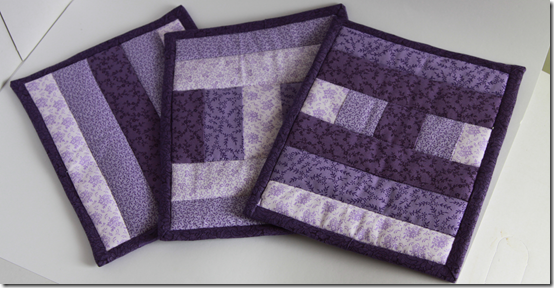 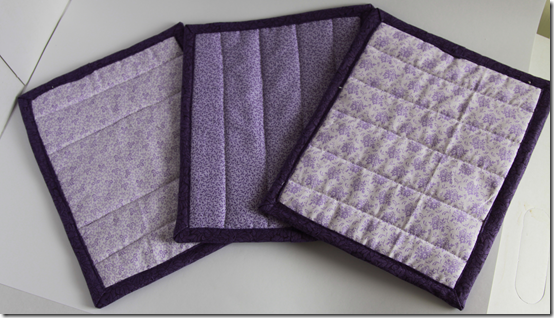 After binding the first one (umm, kind of back-to-front), I had an epiphany and suddenly understood how binding was supposed to go on. Part of me told me to unpick the first and re-do the binding, but laziness set in (or the thought of the 6 million other projects on my list) – apologies to the recipient of that one!

So I produced 5 pot-holders that I think were on the cusp between homemade and handmade! I hope my fellow swappers liked them! 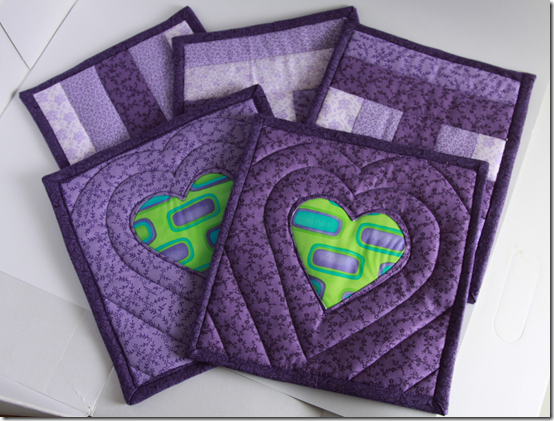 Stay tuned for the gripping conclusion in this trilogy of pot-holders posts later this week!