Time for an update on the Advent Calendar Craft-Along (see the introduction and inspiration here, and the plan here). 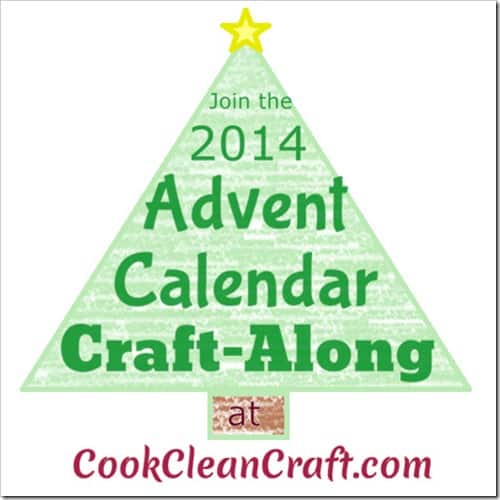 What was hoping to get done this week? Get the tree and pockets complete, buttons sewn on and the backing fabric edges bound.

What did I actually get done? Sew the tree and pockets. 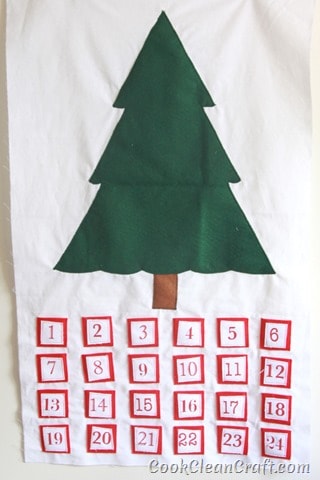 I started the week with a whole lot of procrastinating. Even with the motivation of the craft-along, I still put off starting my Advent calendar. Perfection-Induced Craft Paralysis struck again.

I want this Advent calendar to be part of an annual family tradition. I want it on display for years to come. And I don’t want to be disappointed every year when I pull it out. This is a big project – it’s going to take a lot of time. I don’t want to feel like I’ve wasted my precious crafting time on some I don’t end up happy with.

But I committed to this Advent Calendar Craft-Along. I have to get it done. No excuses. On Wednesday, I pulled out the felt and cut out my Christmas tree. I was happy with the shape and proportion of my free-hand drawing. I should get right into sewing it on, right?

But no. My original plan was to machine sew/applique it to the backing. But would that be too mechanical. Would hand-sewing give it a more homely hand-made look? But that would take longer, and my hand-sewing skills (or rather my patience for hand-sewing) aren’t that good. Would I ruin the advent calendar at the first step?

So I did nothing. For days. (There was a camping trip, that’s my excuse!)

When we got back from camping, it was time to bite the bullet. The sewing machine came out and machine applique it was. 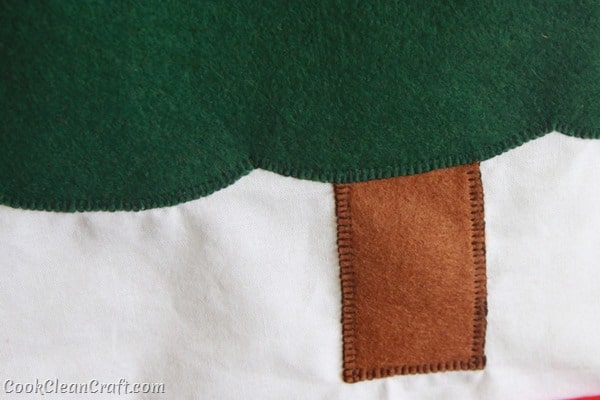 And surprise, surprise: I was really happy with how it turned out. Why didn’t I just do it straight away?

Then it was time to work out the pockets. The numbers from the placemat were just a little too small and the shapes were awkward. Procrastination set in again. Should I have white pockets? Should I have red pockets? The project was put aside (again).

Last night, fear of embarrassment set in and I realised I’d better just get on with it, or I wouldn’t have much to show today. The white of the placemat didn’t quite match the white of the felt and the backing, so red it would be. 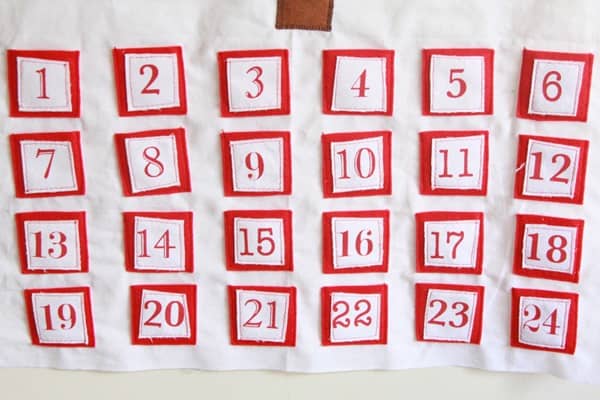 After I cut out the numbers (leaving the shapes a bit random) and sewing them to the felt squares, I loved how festive it looked. I decided to go with contrasting red thread on the numbers for extra detail. 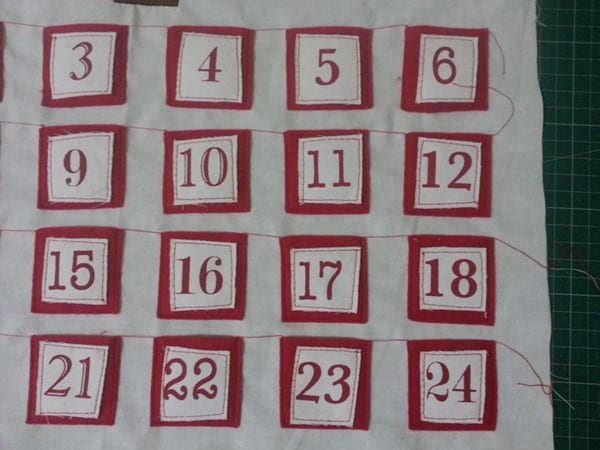 I quickly sewed the pockets to the backing fabric before I started second-guessing myself! To save time and avoid having thread tangles on the back, I didn’t cut the thread between pockets. Makes sewing so many on just a little bit quicker. 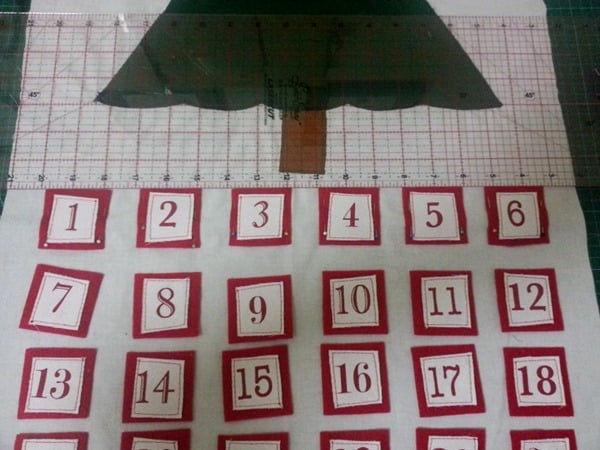 I used two quilter’s rulers to get my rows and columns lined up, and just eyeballed the spacing (the maths was doing my head in – it wasn’t worth the effort!). 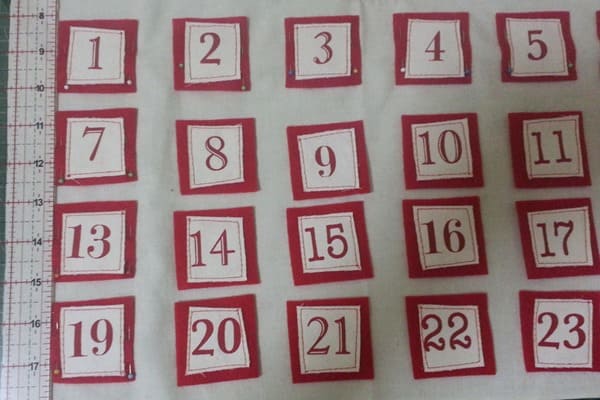 That’s my progress for the week. I’m not going to sew the buttons on until I’ve made the decorations, so I can space them out nicely on the tree. I also think I’ll add a backing fabric, as the white quilter’s cotton is quite thin. I was also thinking I could add a sewn by label with the date on the back (in case it becomes a family heirloom!).

What progress have you made? Have you struggled to get started like me? Let me know in the comments.

(P.S. It’s not too late to join in! Check out my Pinterest board for lots of Advent calendar inspiration)