For each month until my bub arrives (October), I’m having a nesting theme (see here for more details). June’s theme is Bedrooms. So far, I’ve made curtains and London blinds, but nesting should involve a bit of cleaning and organisation too.

I kept all my son’s baby clothes as we always wanted more than one child. However, I never really had a system to keep the clothes he’d grown out of organised. I just shoved them in a drawer (and sometimes on a shelf) in Number 2’s bedroom. This is what it looked like: 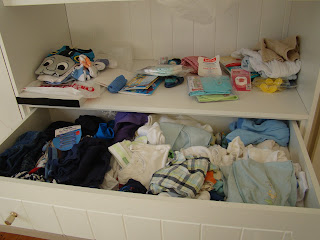 After finding out that Number 2 is a girl (now known as Princess Jellybean instead of just Jellybean), it was time to sort through the mess. I sorted by size, and separated items that are too boyish to put on a girl (which wasn’t much since I like girls in blue!). 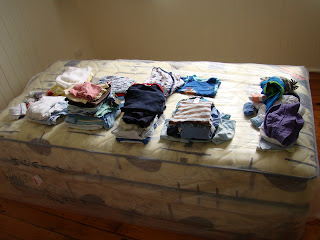 I packaged up the boyish clothes by size in zip-lock bags, and put them on a shelf in the wardrobe. I’m not getting rid of them just yet, in case the laundry gets out of control and Princess Jellybean runs out of clothes! 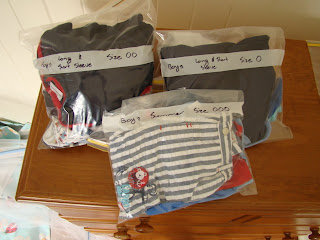 I then neatly organised two drawers, dividing them with Blu-Tak and ribbon. I included size labels on the edge of the drawers, made with my label maker – even Dad should be able to work this out! 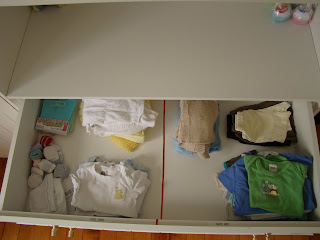 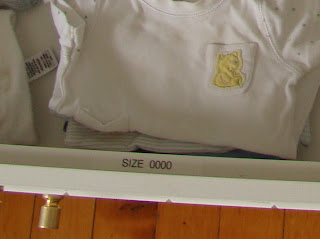 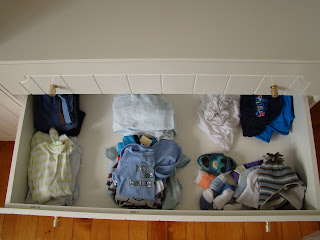 Confession: there was also a pile of clothes that were stained when they were put away and are heading to the laundry!

I now have a much better idea of what I need to buy for Princess Jellybean, notably teeny-tiny long-sleeve clothes, since she’s due in Spring and Number 1 Son was a summer baby. Now I shall bask in the glow of being organised (at least in one tiny part of the house!).