My darling husband is a MAMIL (Middle-Aged Man In Lycra). You’ll find him on the streets of Perth most mornings on his bike, in figure-hugging attire. It’s a hard thing to take, but is healthier than spending the evenings at the pub. I’ve learned to live with it!

One of his cycling mate’s wife was diagnosed with breast cancer, and his cycling group organised a “Pedal for Pink” challenge for breast cancer research. The guys planned to wear the Maglia Rosa – the jersey for the lead rider in the Giro D’Italia (the equivalent of the yellow jersey in the Tour De France).

I joked around that we could save money by me making one with the leftover fabric from my daughter’s gymnastics leotard (ooo, I need to share that one with you!).

Well, a joking comment became “that would be hilarious, you have to do it!”. So I found myself sewing a sparkly pink cycling jersey for my husband. Nope, never expected that!

I started with an old event cycling jersey that my husband doesn’t want to wear (apparently it’s not cool in cycling circles!), and pulled it to pieces. Oh that woolly nylon overlocking is fun to unpick!

From there, I made my own pattern pieces, and used the zipper from the old jersey. Here’s a few photos of my steps: 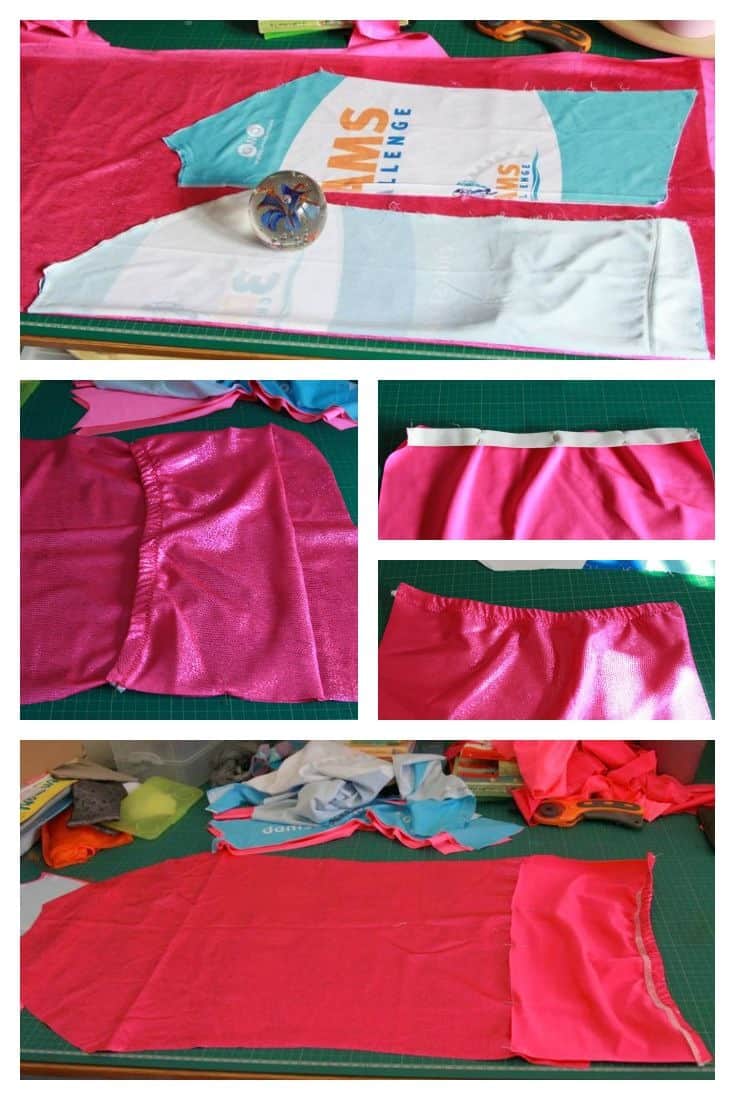 I didn’t have quite enough sparkly pink Lycra, so I used another pink Lycra from my stash for the side panels and sleeves. I think both were remnants that I picked up at Spotlight!

The construction went fairly smoothly, except the zipper. It took me 4 attempts to get it in. I’m still not happy with it, but was sick of sewing by then and it would have to do! Later, I realised I’d changed the tension settings on my sewing machine for another project, and that was most likely the cause of my woes. Ah well, such is life! 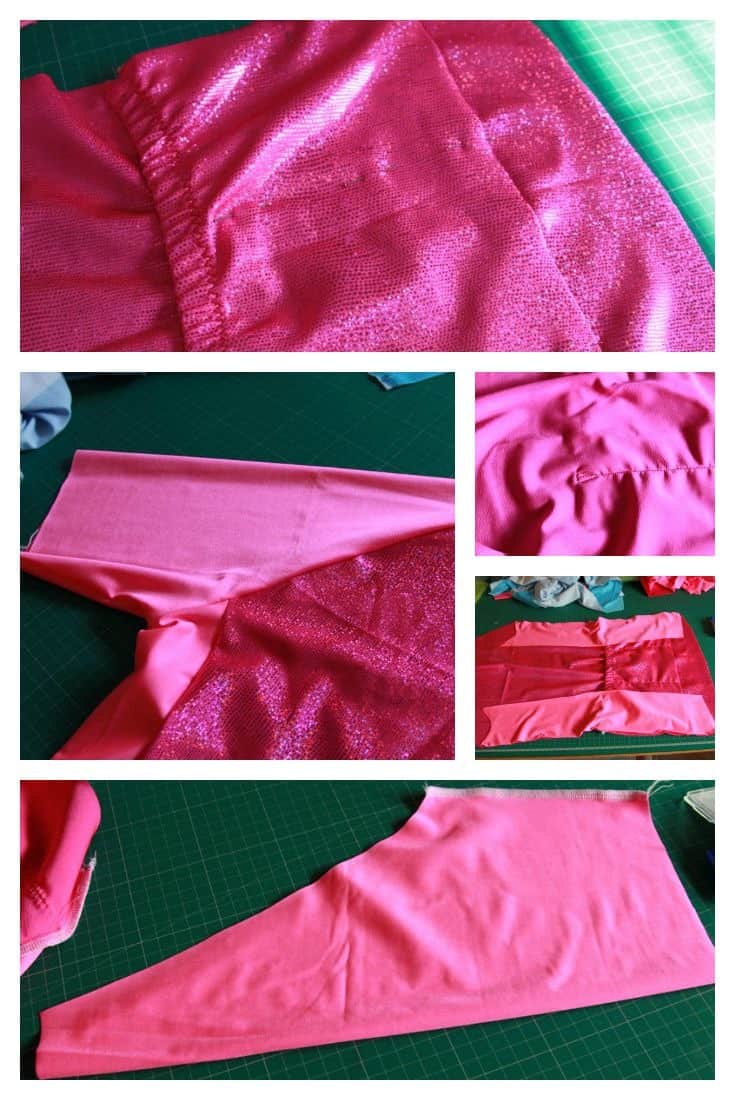 My husband wasn’t too keen to model the top, but I do have some evidence that he actually wore it. Here he is after the ride: 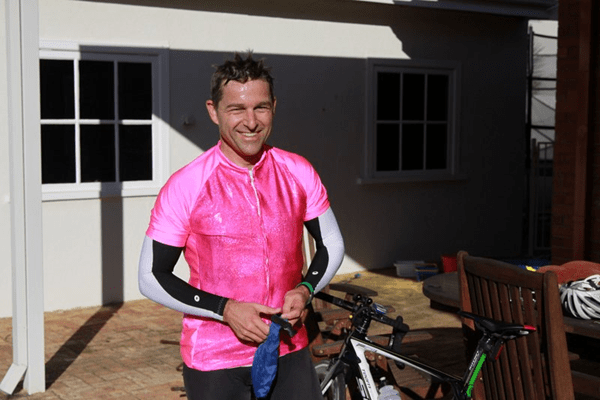 And in action, photo taken by one of his mates: 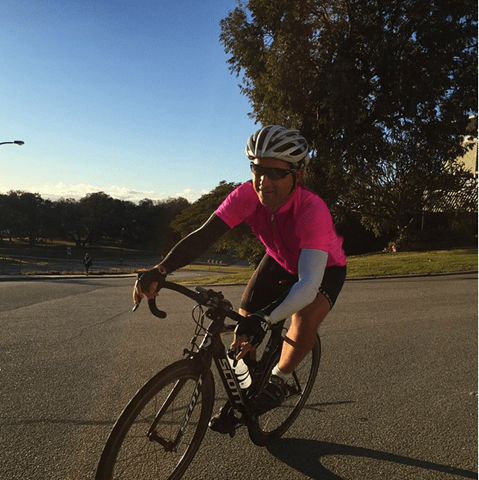 What have you sewn that started as a joke? 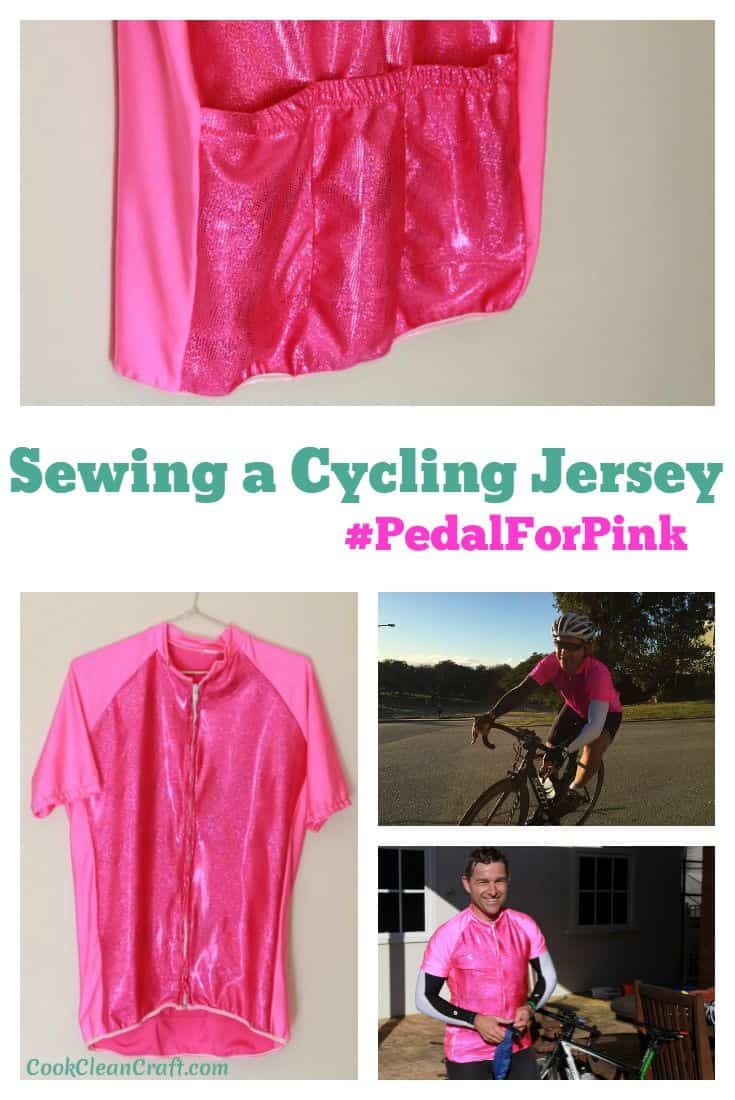