I’m constantly telling my kids to tidy up the play area and their bedrooms, but my play area (aka craft/sewing room) is a disaster. Can you relate?

Yesterday, the kids had to tidy up before they could have screen time. Both kids were complaining the mess was too much for them, begging me to help.

I pulled the classic parenting line “You made the mess, you clean it up!”.

And I got the typical response – more whining and complaining.

It was time for a change in tack. I told them I had to clean up my own mess. And the craft room is way messier than either of their bedrooms! So while they tidied their toys, I got busy tidying my craft room. When they saw I was tidying up my own toys, they stopped nagging me to help them. Sorry, no before and after pictures!

End result: the kids’ toys (mostly) got put away, and my craft room looked much better. I might actually be able to do some sewing (it feels like such a long time since I sewed something!). 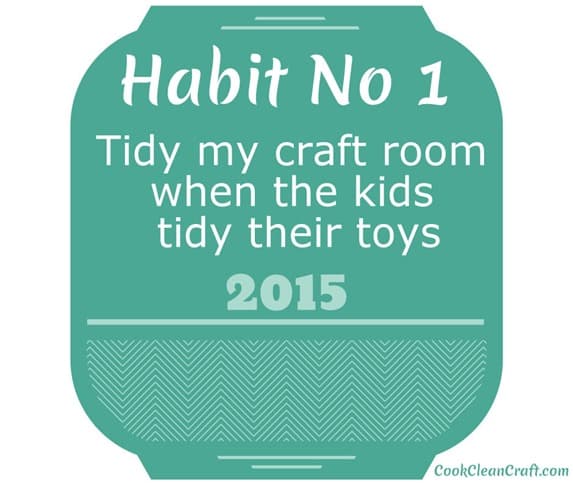 I’m adding that to my habit jar – an idea I’ve had for the New Year. Whenever I think of a habit I’d like to practice, I’ll share a habit jar here. Let’s see how many habits I can build in 2015!

Now I just need to practice packing up one lot of “toys” before I get the next lot out! Maybe that will be habit 2!